Welcome to Only True Fans.

A blog series where we dedicate a day to the greats, the legends, and to the culture of Hip-Hop. As the first blog post of this series, we have to dedicate it to the first of them all, Rakim ‘The God.’

When speaking of popular conscious hip-hop music, it is not possible to have the discussion without recognizing The God Emcee, Rakim Allah, the lead MC of the iconic hip-hop duo Eric B and Rakim. He is widely regarded as one of the most influential and most skilled MCs of all time.

Yet in my infinite ignorance, I did not know who Rakim was! Roasting me is okay, I am small and dumb. But this is what this series is for. To educate, inform, and spread the streets to the masses.

Many say Rakim (@thegodrakim) is the greatest rapper of all time. He is credited with pioneering the technique of internal rhyming in rap music — which he started as a teen. Eric B & Rakim released four albums together, including Paid in Full, Follow the Leader, Let the Rhythm Hit ‘Em, and finally Don’t Sweat the Technique. Their perhaps most famous album, Paid in Full, is credited with revolutionizing what old school rappers had done before them.

In an interview with NPR, he said, “….at the time, I didn’t know it was going to be this different,” Rakim says. “You know what I mean? But I was shooting for something different. Like, some of my influence was John Coltrane — I played the sax, as well. So listening to him play and the different rhythms that he had: I was trying to write my rhymes as if I was a saxophone player.” 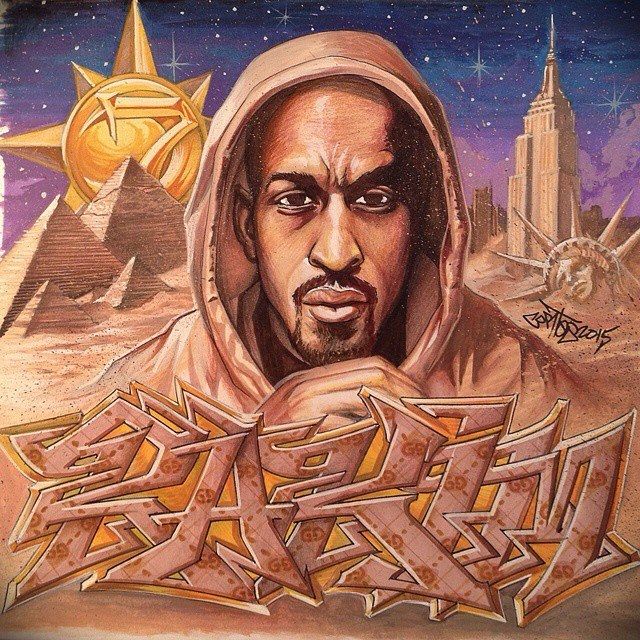 Rakim ‘The God’ – Photo Not Ours

Besides his positive message, Rakim was known for his creative and intricate lyrical content. Prior to Rakim’s impact, lyrics were straightforward accounts of the hardships that the MCs witnessed during their adolescence in the United States of America. Rakim took these stories and used them as the groundwork for his music. Rakim makes music for existing fans of hip-hop, exemplifying the mindset by which fans are able to show respect for the message behind the music.

His reach is still prevalent to this day. His activism stretches through the streets of NYC, and still mentors young artists and rappers to this day, placing them on a path to greatness. He even stopped in at our own SOB’s in 2014 for an impromptu concert!

Overall, Rakim ‘The God’ continues to show and prove the reality of nostalgia that Classic Hip-Hop music bears ultimately reflecting the reason why his era is coined the Golden Era of Rap.

Check back in for more of this series: Only True Fans.