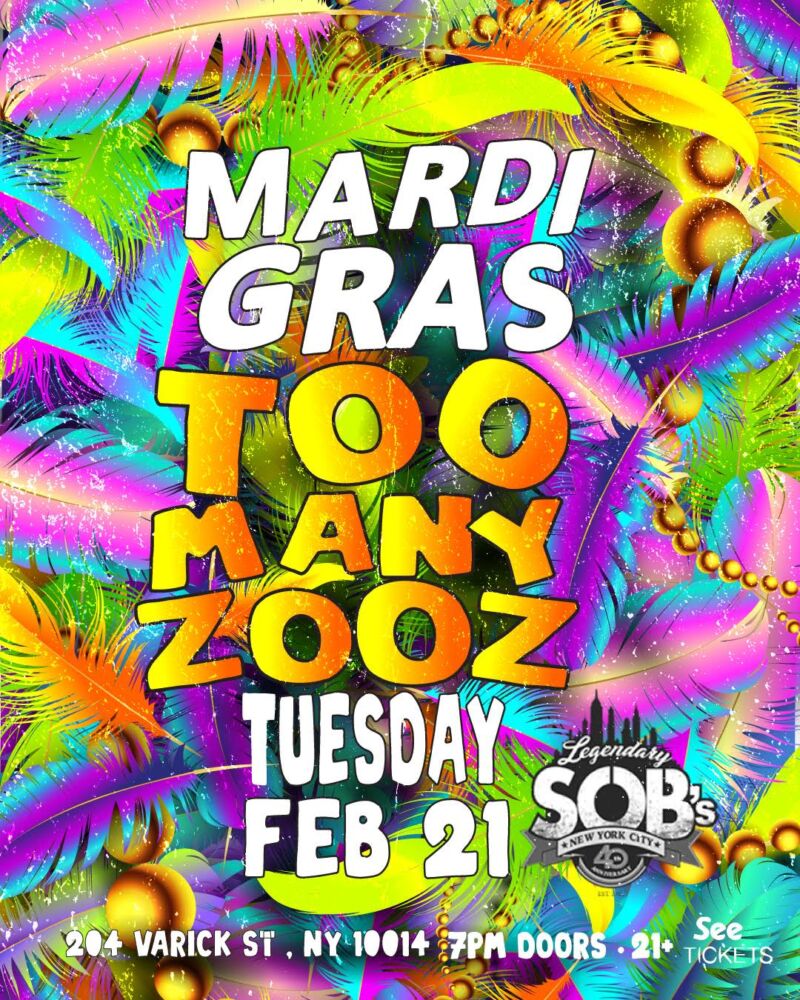 Too Many Zooz: Mardi Gras

How are you celebrating Fat Tuesday? Join Too Many Zooz at the Legendary S.O.B.’s for a Mardi Gras event on February 21st at 7 pm EST!

The curious thing about being a fan of brasshouse? You’re pretty much talking about being into one solitary but extremely unforgettable band: the amusingly monikered TooMany Zooz.

The musical style was “branded” by drummer King of Sludge, who recognized that there was no worthy existing classification for the New York trio, whose other two members are the equally unclassifiable Leo P (saxophone) and Matt Doe (trumpet).

“Brasshouse is a high energy musical conversation,” Matt insists. “Though I honestly don’t think there is a good way to describe it in words. It’s about many different feelings and sounds and emotions.”

Or as KOS so decisively puts it, “I don’t really care about what’s happening in music — I just make art that I enjoy making.”

It’s exactly this indifference to convention and trend that has garnered Too Many Zooz a fanbase that KOS describes as “wide-ranging and fanatical.” One of those fans? In 2016, Beyonce asked them to perform with her at the Billboard Music Awards…and it’s quite possible they got just as much attention as did she.