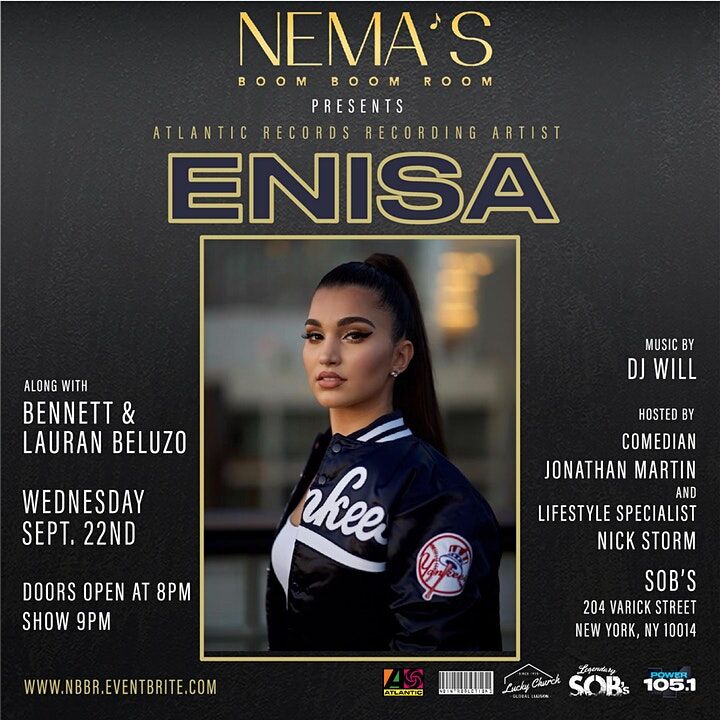 Nemas Boom Boom Room has become the hottest showcase in
NYC during its ten-year reign. Owner & Founder Nema
Kamar has provided a successful platform that has helped
launch the careers of emerging talent in the music business,
tv, and film. Some of the notable performers that have graced
the NBBR stage are Rotimi, Iman Shumpert, Ro James, Elle
Varner, BJ The Chicago Kid, Stacey Barthe, and Bridget
Kelly, to name a few. Nemas ability to align established
recording artists alongside up-and-coming talent has proven
to be her recipe for success. Nemas mission is to utilize her
connections, passion for music, and media outlets to empower
artists, performers, or anyone else who deserves a fair shot
during their journey to superstardom. In the past years and
currently, NBBR has been the secret weapon of many elite
executives in the entertainment industry. On any given
night, artists have the opportunity to perform in front of
prominent record label executives, press, celebrities, and
influencers such as Shaquille O’Neal – Neyo – HER Official –
Anthony Anderson – Lenny S – French Montana -Timbaland –
Rotimi – Luke James – Ty Hunter & more!