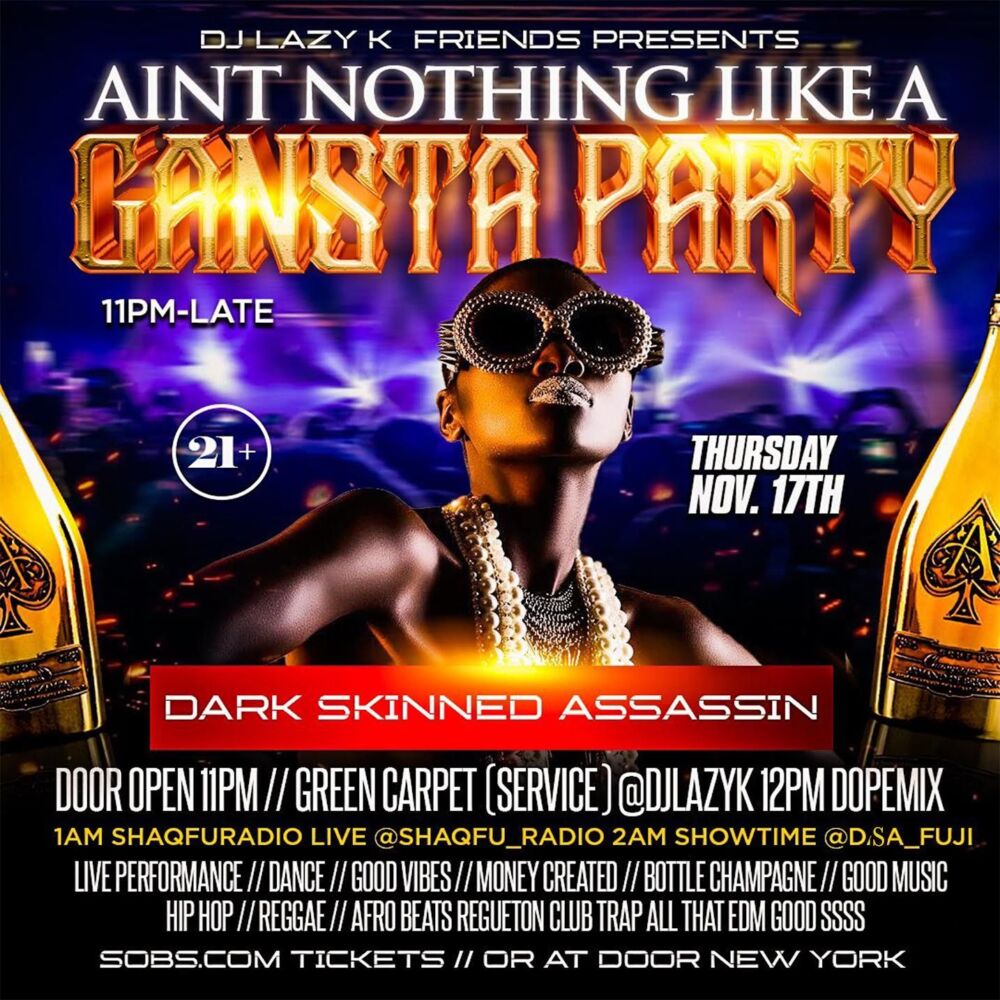 DARK SKINNED ASSSASSIN
DSA
Mr. New York for real..
It all started in Harlem, 112th street, then CT, DC,NC,Cali,Chi-town,RI,VA, back to NYC.. 360• of his hip hop life. Appeared on various labels indie/major, featured on various mixtapes, worked and recorded with various artists underground/mainstream, currently working with Producers Victor Flowers(cro),
Kevin”Kwiz”Ryan(beyonc’e),
Falling Down(unchained melodies) GND(rza), he formed the group 7od, co-formed SicMinistry, which he is also currently a member of, adjacent to his solo endeavors. Working with upcoming artists Donnie Cashflow, A-R Abstract, Bliz Khadafi, Phoenix Rizing, She DandeLion, Epiphany&GoldSkin. Linking up with Dj Lazy K and the many others who played a part on this on going journey leads one to believe the culture of HipHop is about to receive the jolt of energy it deservedly requires. Glory be to GOD