Known for writing hit songs like, “In Common” by Alicia Keys and “High Hopes” by Panic at the Disco, Tayla Prax drops her pen to pick up her own mic. On tour with her album We Need to Talk, Prax sells out at Babies Alright in Brooklyn, New York.

Walking into the venue, a mix of people were in the crowd. You can tell Prax has a vibe for all types of individuals and interests. Opening the show with covers from pieces she wrote like ” Thank you, Next” by Ariana Grande and “I Like That ” by Janel Moane, the audience swayed from different genres. The stage alone was setting the mood for Prax’s performance. There was a trailer park in the back accompanied by neon cactus lighting the stage. A live guitarists was by her side creating an atmosphere that lasted until the night was over.

True emotion was shown performing song “Easy.” The crowd was silenced with the guitarist playing every note and her voice showing true emotion to every word. A silent tear fell from Prax’s face  and the crowd was astonished in awe. Quickly changing the mood, she asks, “Who’s birthday is it?”

For her first sold out show in New York, Prax was beyond excited to continue her tour. Make sure you catch Tayla Prax at the Mint in LA on February 13th for her last performance in the states before she head overseas for her tour. Click here for more information. 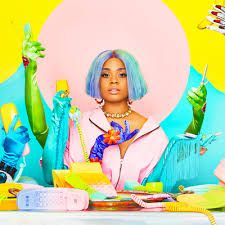