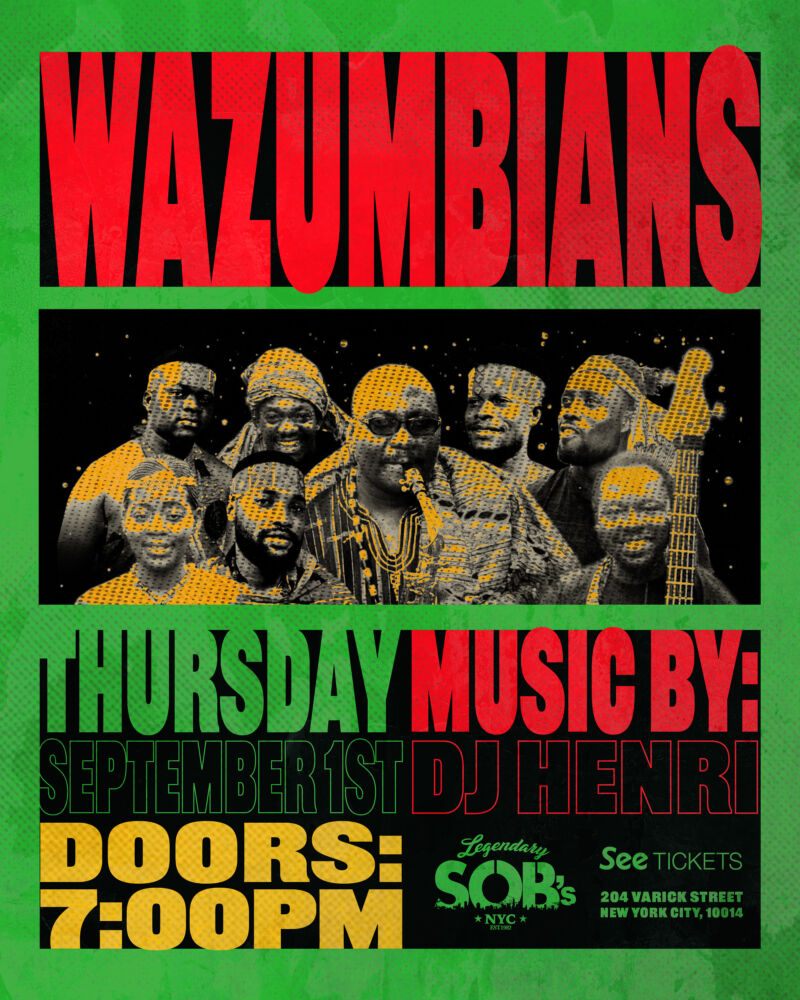 Music by D.j. Henri from radioafricaonline.com

Join us at S.O.B.’s in NYC for Wazumbians LIVE with D.j. Henri on September 1st! Wazumbians are  a dedicated and focused band promoting African Culture through African Rhythms, melodies, Stories and Dance.

The Afro fusion Group Wazumbians is a Ghanaian music group whose sounds re-echoes the famous Ghanaian group Osibisa; famous for their pioneering role in worldmusic around the globe. With musical directions from long experienced producer Wazumbi, this band of long serving musicians is a spicey mix of catchy tunes served with ornamented rythmic grooves steeped in African traditions into one soul satisfying broth.

The band’s music is influenced by greats including Bob Marley, Salief Keita, Fela Kuti and Lucky Dube yet, for such a wide array of influence, they carry a coherent sound all carefully mixed together yet carelessly shared with their audience and listeners with great fun for equal measure. The Band has been on stage with renounced artiste such as; Kanda Bongo man Ambuley, Pat Thomas and many more. The Band has also traveled to Europe and other African countries to play festivals and also recorded its new album in Paris-France. Much loved in their home city of Accra, the Wazumbians have helped bring back a vibrant live music scene in the bustling city. Rocking on Wazumbians!