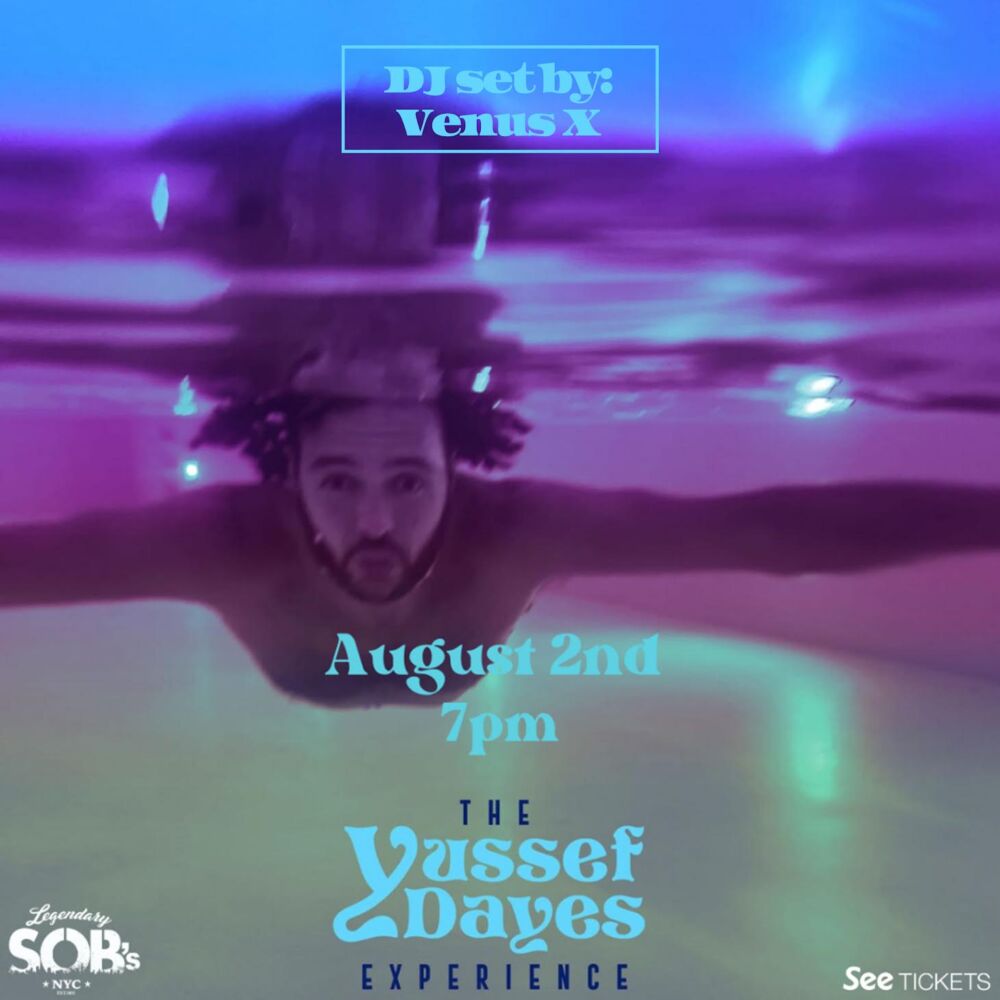 The UK’s most innovative young drummer and producer, Yussef Dayes, has gained notoriety on the international stage as a pioneer of his field. Though largely considered a “jazz” drummer, Dayes pushes beyond genre restrictions melding together everything from 70s funk to Senegalese percussion to UK grime.

Dayes grew up playing along to his father’s jazz vinyl collection. This was the closest Yussef had to a formal jazz education until at age 10 when he studied under Billy Cobham (Miles Davies’ drummer) for two years. He spent his adolescence gigging with his brothers in afrobeat rock-influenced jazz group, United Vibrations, before collaborating with long-time acquaintance Kamaal Williams in 2015 on the project that would become Yussef Kamaal. Their debut album, Black Focus, was met with much critical acclaim – now silver-certified, the LP won the pair Best Breakthrough Act at the 2017 Jazz FM Awards. Following 2018’s “Love Is The Message”, 2019 has been a busy year for Yussef working towards his transcendental first solo project, DUALITY. This year, Dayes has collaborated with Louis Vuitton soundtracking the LV Paris Fashion Week 2019 after-party and supported Kamasi Washington on his 2019 UK tour.  He has also worked on collaborative projects across the board with some of the UK’s most exciting musicians. With a joint album with Tom Misch set for early 2020, Dayes’s musical artistry continues to push boundaries beyond the drum kit, to writing and production.