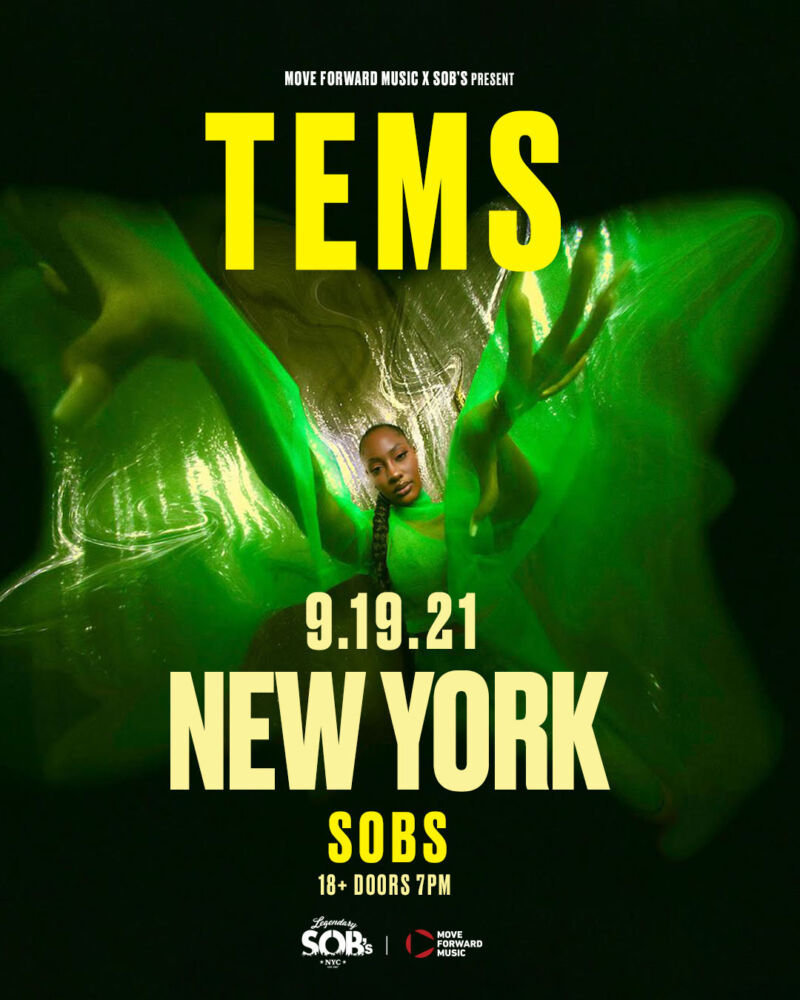 Tems is the dynamic songstress + producer that is bringing a new energy to the Nigerian music scene. The Isale Eko native boasts an unconventional blend of R&B + Soul paired with African nuances that merge to create her unique sound. Her 2019 single, “Try Me” was accompanied by a striking visual that has amassed over 4 million views and propelled her into conversations around the world. Last year, Tems released her first EP, For Broken Ears that has received nods from artists like Brent Faiyaz, Chris Brown, Drake and more. Tems has remained prolific in 2020 releasing ‘These Days’; a moody reflection of the times as well as wide-ranging features: she appeared on the remix of Khalid and Disclosure’s “Know Your Worth” alongside Davido, duetted with Odunsi (The Engine) on “Decided,” joined alté group DRB Lasgidi on “Trouble” and also appeared on Wizkid’s standout single “Essence.” The Fader praised ‘These Days’ as “a continuation of her breakout hits “Mr. Rebel” and “Try Me.” And Pitchfork agreed, declaring: “She’s a star, and every single makes this fact more clear”. Looking to the future, she continues to translate her story into compelling songs of breakthrough and confidence and positions herself as one of Nigeria’s most impactful rising talents.