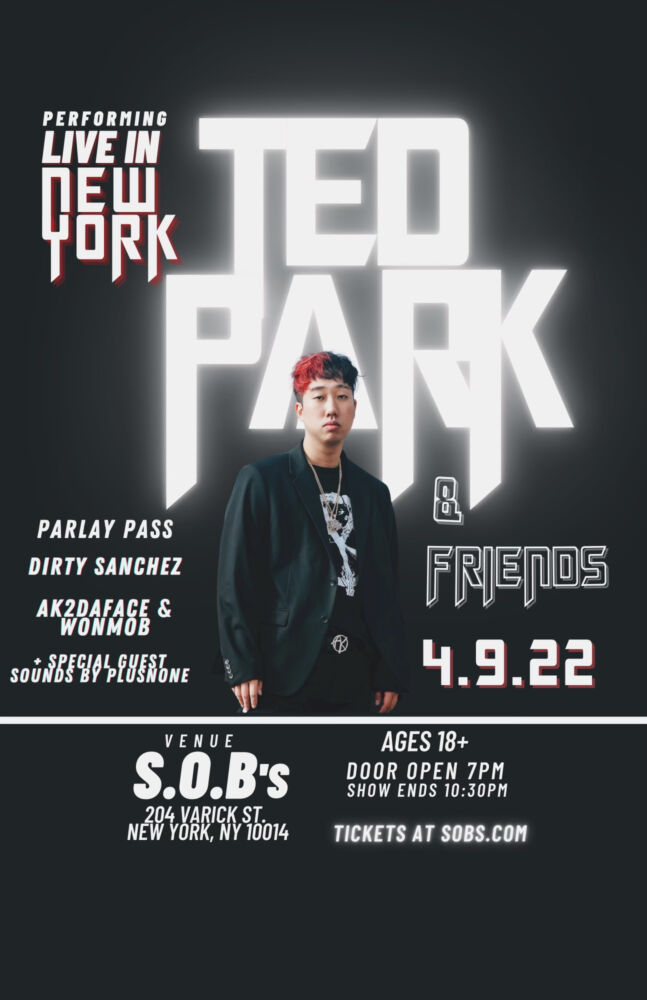 Born in Madison, WI, rapper and singer Ted Park was raised in a non-Asian community. Inspired by artists like The Dream and T-Pain, Ted dropped out of high school and took a bus to New York to jumpstart his music career. His music started picking up and he started gaining traction with a cult-like fanbase. This led to releasing a bevy of well-performing singles on Jay Park’s H1ghr Music. After selling out the Globe Theatre / KTown Night Market, he recently moved to LA to start a new chapter in his musical career. Since arriving, Ted has been relentlessly writing and recording, refining and expanding his musical styles.