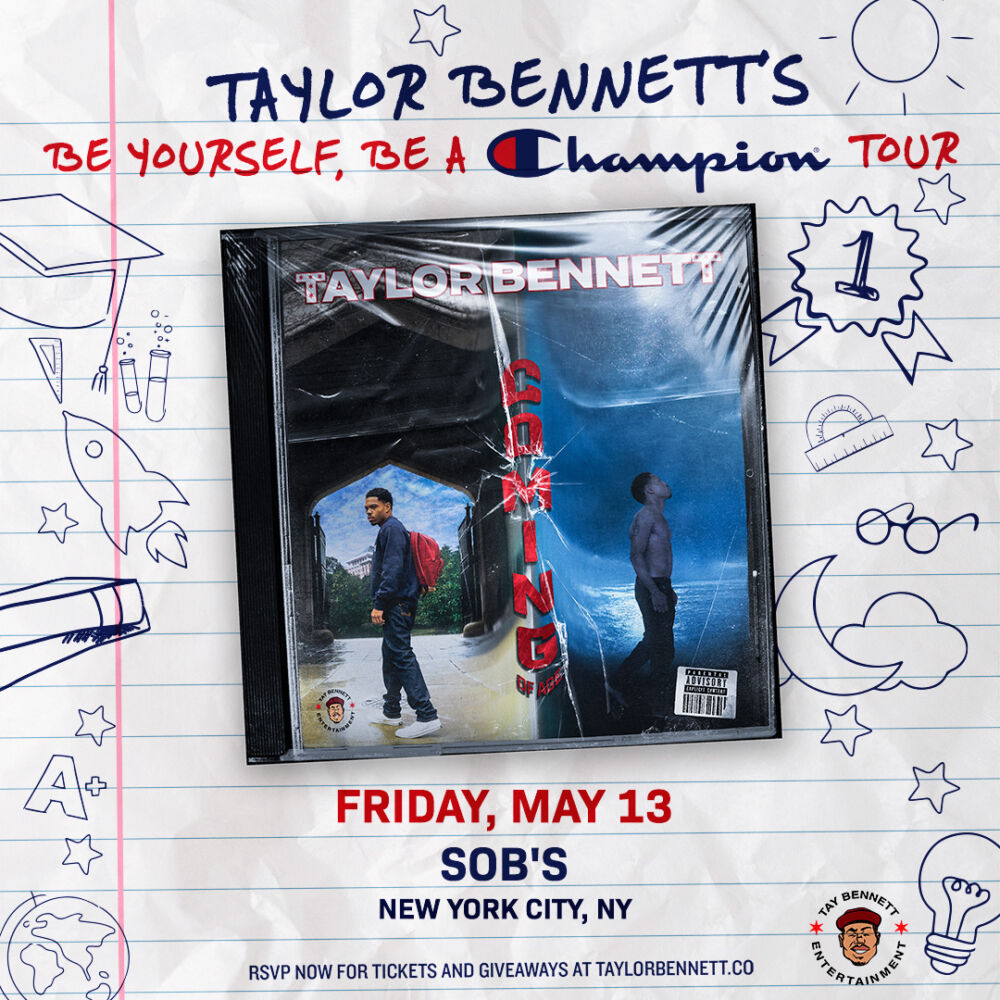 Taylor Bennett's - Be Yourself, Be A Champion

In the spring of 2022, Taylor Bennett will be teaming up with Champion for a collaborative merchandise release, as well as a sponsored tour that will be traveling through 8-10 cities in support of his new album. Taylor’s new music zeros in on a consistent theme of his: independence in the music world and beyond. With a release date tentatively set for Mid-April, Taylor is expecting his first full-length release in three years to be his biggest yet. Taylor Bennett is a 26-year-old, openly bisexual musician/entrepreneur from Chicago, Illinois. Since emerging with his debut full-length mixtape The Taylor Bennett Show in 2014, Taylor has released three albums and two EPs, toured the country and Europe and performed on stages from The Late Show with Stephen Colbert and Good Morning America to Lollapalooza and much more.