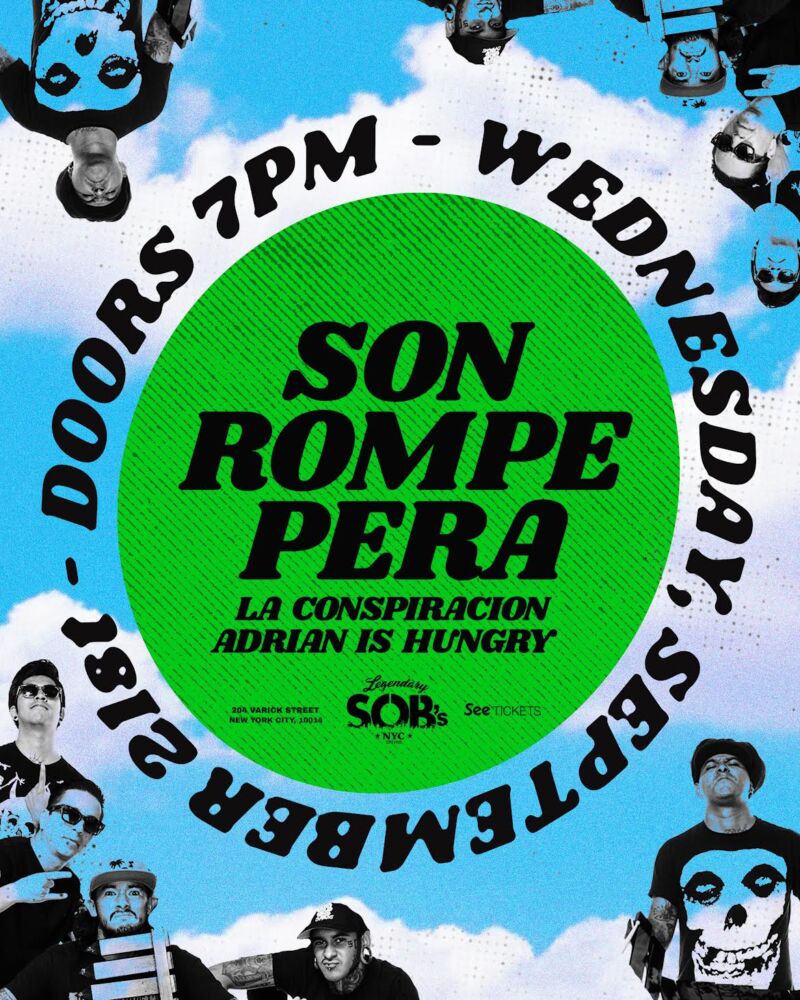 Mexico City’s Son Rompe Pera began performing at local events alongside their father when they were kids, accompanying him on the traditional Mexican marimba. Today, they are at the forefront of the contemporary international cumbia scene, as they take what they learned in their youth to new heights, and push the marimba to its limits. Their absolutely unique blend of sounds comes as the result of a typical youthful rebellion, when as teenagers they left behind their marimba upbringing and began to play in various punk and psychobilly bands. Now they ́ve come full circle, incorporating the marimba together with their rock influences, giving it a new twist never before seen in what has always been a Mexican folk music instrument. The live shows of this garage-cumbia-marimba-punk band (the only band of its kind in the world) never disappoint, and always manage to fill the dance floor with a sweaty mess of dancing fans. Their authenticity shines through as they give their modern interpretations of Mexican, Peruvian, and Colombian classics, as well as their own original material and some surprise covers. The contrast of the traditional marimba with their youthful attitude and street sense connects the audience to the past while they dance into the future.

Many years ago, deep inside a Colombian bunker, a cabal of musicians got together and decided to do away with Anglo-American supremacy. The idea was simple: in order to take over the world, they would create a beat  that would rival rock and roll by making it loose enough to adapt and easy enough to dance to with no prior training. Conspirators included guests from Mexico, Panama, Peru, Chile, Argentina and many more. After conspiring for years, new cells emerged around the world. They called themselves cumbia Sonidera, cumbia Amazonica, cumbia Andina, cumbia Villera, Technocumbia….. You got it: cumbia, had officially taken over the world –
Meet La Conspiracion and its Cumbia Viajera – featuring Lina Silva (La Manga); Humberto Pernett; Juan Sebastian Monsalve (Curupira); Andres Fonseca (Bulla en el Barrio); Olivier Conan (Chicha Libre) and Jorge Maldonado.