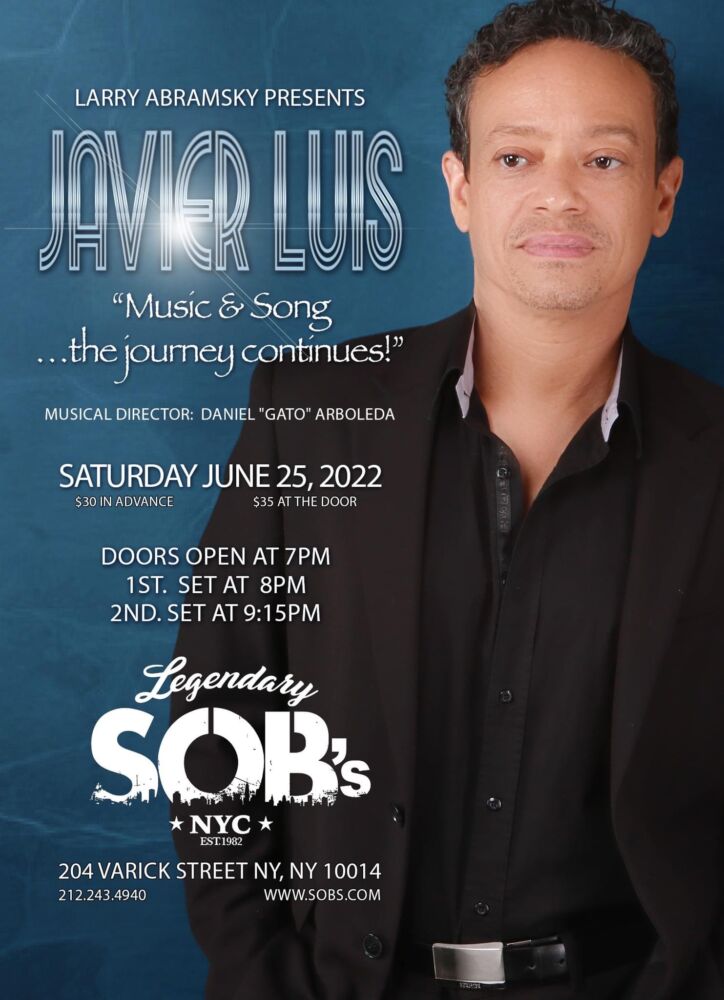 Javier Luis also known by many as “La Sonrisa Que Canta” (the smile that sings) has been labeled as a visionary whose mindset is to always think out of the box, stand out and push the envelope. His very first Spanish language single titled “Alma Chapada A La Antigua” (Old Fashion Soul) was released in 1997.  Soon after, Javier released his second single, titled “Ladrona De Amor” (Thief of the Heart). Javier Luis went on to record and release his first full CD titled “Himno A La Mujer” (Hymn to Women).  The CD was released worldwide in 2008, with a major CD release packed filled concert at Club Iguana.  Javier Luis’ follow up production was a EP/DVD double deluxe disc set titled “Por Amor” (For Love) released in 2015 with a CD release concert held at NYC’s legendary night club “Sounds of Brazil” (SOB’s). His musical works has given him the recognition for his unique and unmistakable music, voice, smile and fashion sense.  A pioneer in his own right, Javier Luis continues to create and bring great music to his loyal fans all around the world.