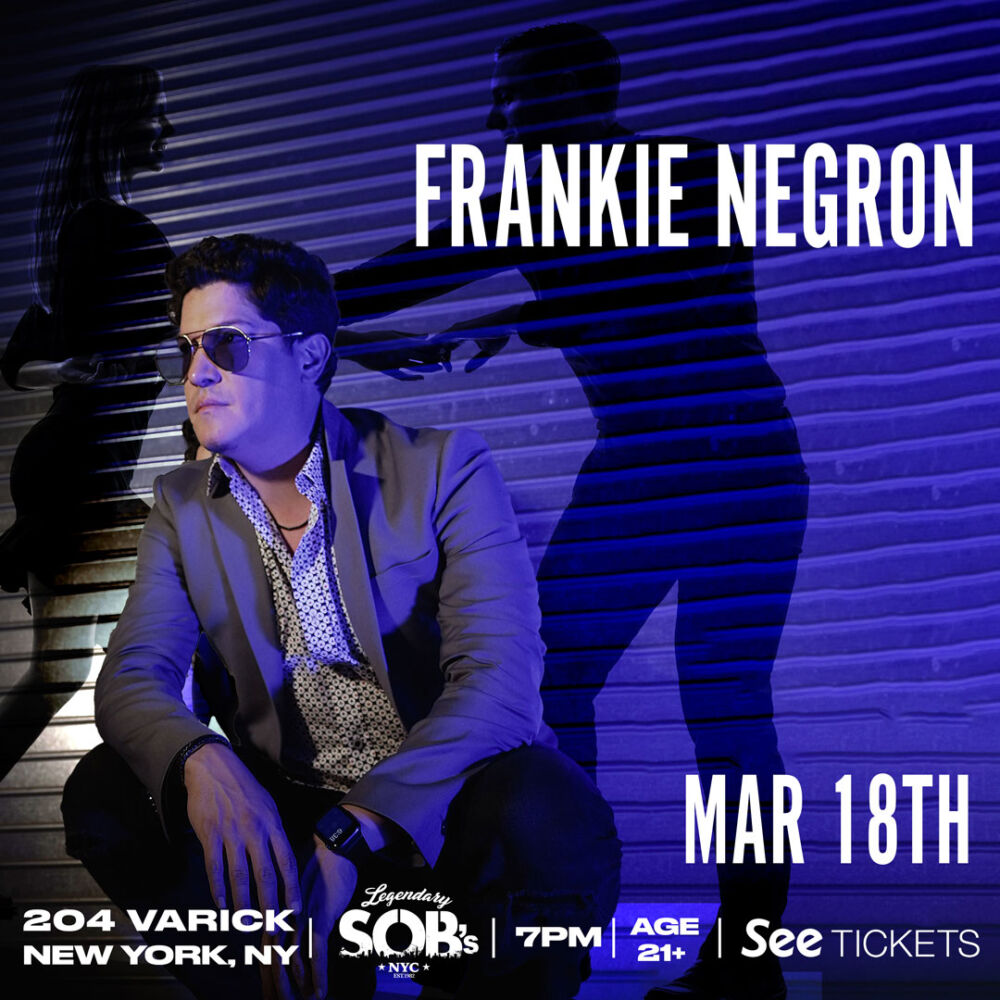 Renowned Latin music superstar, Frankie Negrón, born and raised in Newark, New Jersey and of Puerto Rican descent has spent the last few years performing for fans all over the world. Since 1997, his distinct blend of traditional salsa with progressive influences such as pop, rock, gospel, r&b, hip-hop, and reggaetón has garnered numerous plaudits, including two Premio Lo Nuestro Awards for “Song of the Year” and multiple Grammy and Billboard award nominations, Overall, Negrón has had several number one singles, four gold and platinum albums and nine Billboard Top 40 Hot Latin Tracks.

“I have a great time on stage and I enjoy bringing my music to the masses but I missed the creative part of the music,” reflected Negrón.

Despite the many commitments of his professional life, Frankie Negrón always makes time to give back to his community. He is an advocate for the American Diabetes Association and the American Red Cross and uses his passion for health to create awareness in the Latino community.

“Diabetes prevention is an important issue in my family and in the Latino community. We also need to educate people about blood donation because a majority of Latinos have O positive blood type, making us universal donors,” Negrón explains.

Frankie is active in both organizations; attending and participating in events and putting on special performances. He is also an advocate for Colombianitos, a organization based in Colombia that improves the quality of life of children through sports, recreation, education and health.

“Giving back is vital to me. I am blessed to have career where I share my voice, but that voice can extends beyond my music. I get to be a voice for my community,” he says.