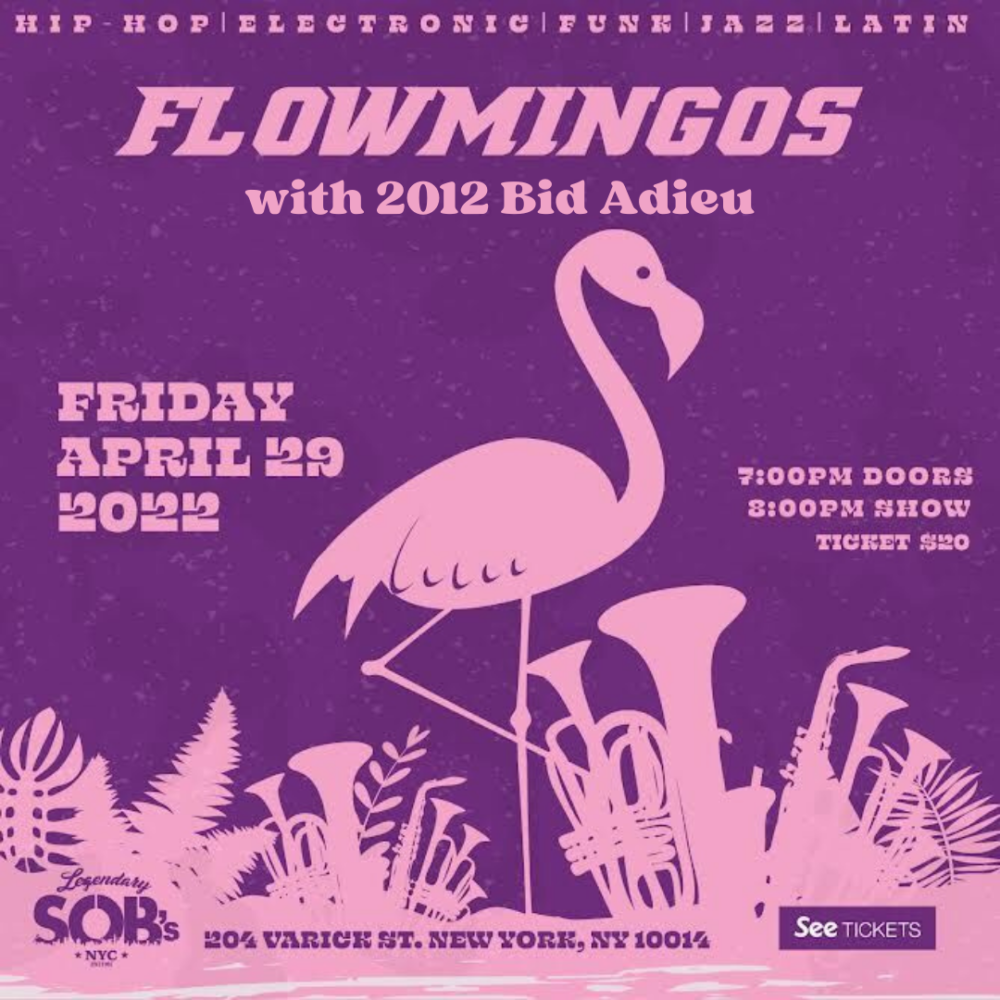 Flowmingos is a 4 piece band currently based out of Brooklyn, NY. What started as an acoustic horn group performing in Washington Square Park has now morphed into a genre-bending band that blends Hip-Hop, Electronic, Funk, Jazz, and Latin music. Always searching and open to experimenting with new sounds, Flowmingos collaborates with artists of all styles and continues to be a unique voice in today’s music world.