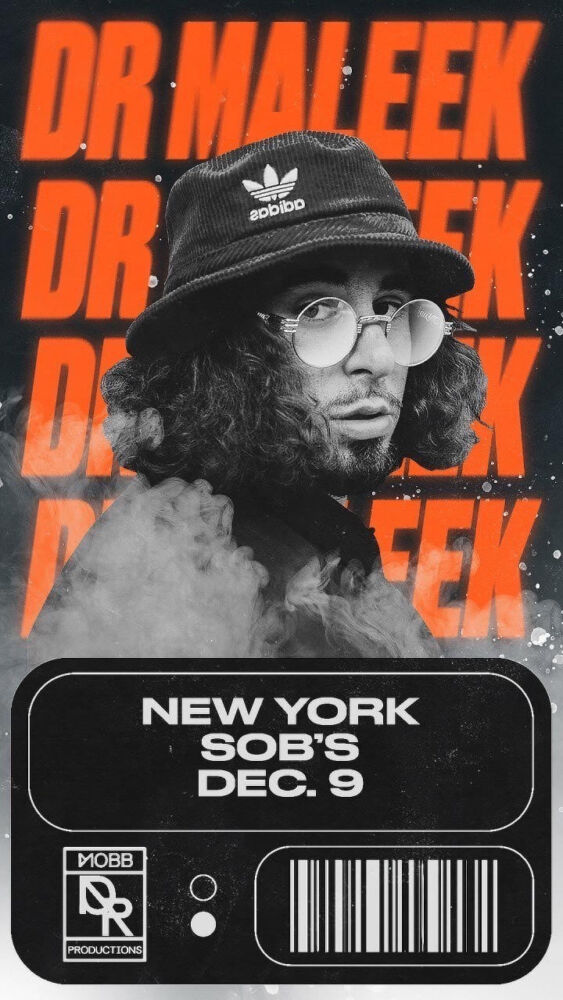 been supported by Flaunt,  Revolt TV, RatedRnB and more.

Originally from Long Beach, CA, the name Dr Maleek stemmed from getting his Bachelor’s of Science in  Biology and going to medical school for 2 years.  Shortly after, Maleek started making music in 2016 with his first single “Don’t say Nothin” feat Tory Lanez which amassed over 7 million streams and over 50,000 song purchases  charting in at #54 on iTunes.

Now, Dr Maleek has gone on to release singles and albums amassing over 20+ million streams independently.  As Maleek’s lyricism and sound grows, he continuously gives his fans a new flavor to listen to as he’s crossing over into different genres such as RnB, Hip-Hop, Afrobeats and more.

Dr Maleek’s versatility has proven to become increasingly popular across the globe.