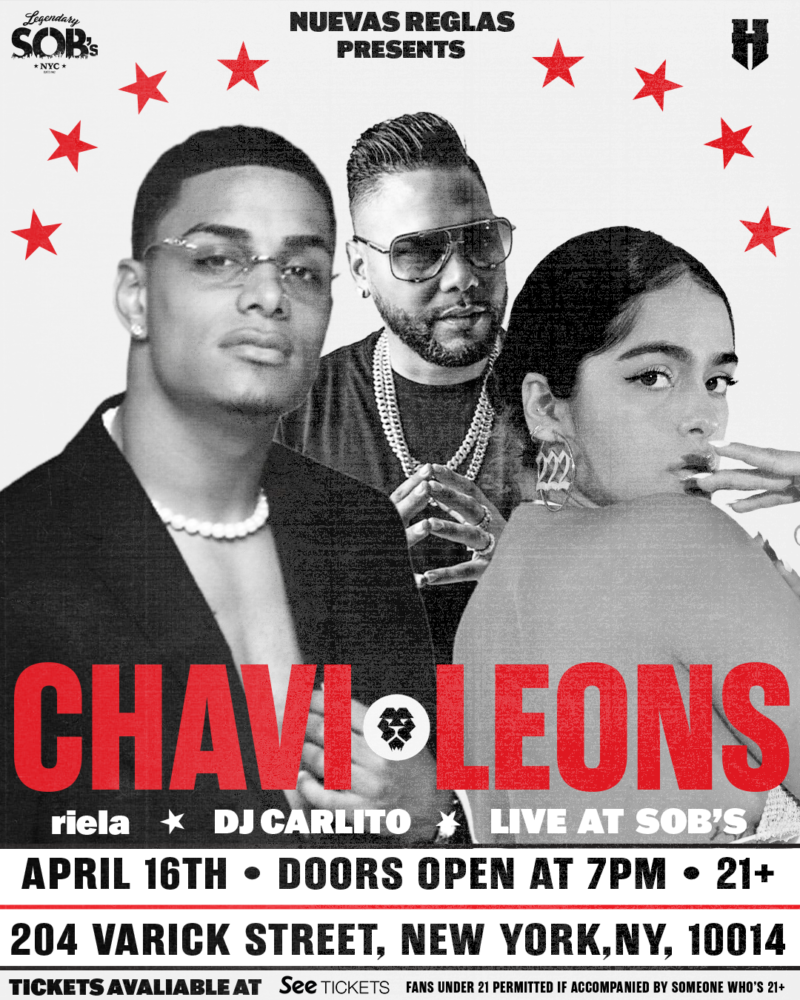 With his guitar on hand, and a unique voice that’s as sweet as it is seductive, Chavi Leons will transport you to a hot summer night of dancing to Latin rhythms. At only 19 years old, the singer, who is of Dominican descent, has already made his mark in the world of Latino music, placing himself on #37 in the Top 100 Latin Songs within iTunes with his debut single “Madrugada”, which has brought him to wide recognition.“El Relevo de la Bachata” (Bachata’s Relay in Spanish), as some of his passionate followers are already calling him on social media, was born in the South Bronx area of the Bronx, New York. There, he grew up surrounded by the violence, poverty, and insecurity that’s characteristic of the area.

Music was his safe haven growing up. He listened to genres like salsa, reggaeton, merengue, R&B, hip-hop, and of course, bachata, which have become deep influences in his compositions. His affinity for Latin rhythms lead him to start singing from an early age, both in English and Spanish, going as far as performing in public for family events, sweet sixteen parties, and any chance he got. Between 2012 and 2015, during his teenage years, he leveraged the power of social networks to share videos of him singing his favorite songs with friends, family, and the internet, through Facebook, Youtube, and Instagram.

With this, his passion for music grew stronger, leading him to composing his own songs in both languages. In Chavi’s words, his interaction with music changed his way of seeing life, as he started appreciating the different perspectives and emotions that go into art as a way for people to express themselves. This is something he wants to replicate consciously so others can identify with his music in the same way. His purpose is to become a versatile artist and create his own sound, incorporating different elements from the genres that sparked his love for music. And with it, add a “unique flavor” to his bachata that will get anyone who listens to it dancing, while making them joyful.

To Chavi, his main support and the pillar of his talent is his family, his team, and his community, which keep him inspired and moving forward. He dreams of spearheading a new generation of bachata artists, while having a positive impact on people who grew up in conditions similar to his through the energy in his voice. Chavi wants his music to help others unwind, forget life’s mishaps for a second, and for it to trigger optimism looking into the future, a desire to take life’s challenges head-on, and the will to dream big.