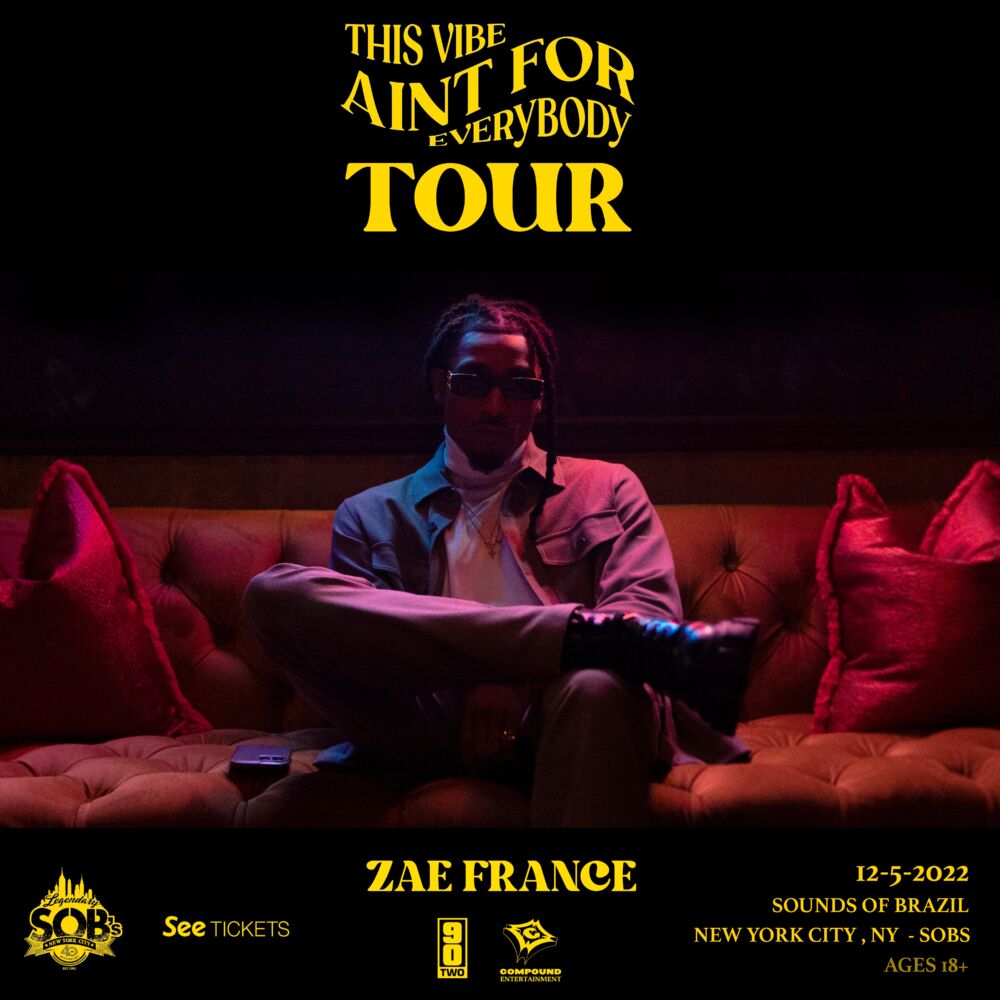 An Evening with Zae France

North Carolina native Zae France is an up-and-coming RnB artist who has taken the
genre by storm. Zae grew up in church and was raised by a single mother who was apart of a
Gospel Group, which he credits to his love and passion for singing.

Taking inspiration from such formidable artists as Al Greene, Tank, Eric Bellinger, and Usher;
Zae France has built a sound of his own, a sound he calls “Rhythm n Backwoods.” This sound ischaracterized by hypnotic melodies and relatable lyrics, and has already won the hearts ofmillions of listeners worldwide. In 2019 he released his debut project “Rhythm n Backwoods,”where France worked exclusively with other upcoming artists from his city.

Zae France recently released a three-song project, “Tiffany My Way Too Much,” which has
amassed over 1 million streams and is still rapidly growing. In the fall of 2022, France will besupporting NEYO on his UK Tour.