So Much Fun – Young Thug

Young Thug has stamped himself throughout the last decade with his distinct melodic sound, that was once labeled mumble rap but is now an emerging genre. In the media, he is seen as a tall and flashy figure that is laced in the latest designer fashion. His previous lifestyle is depicted in his earlier projects and as time went on, listeners can feel the come up of an artist that has influenced the hip hop culture more than many people give him credit for. 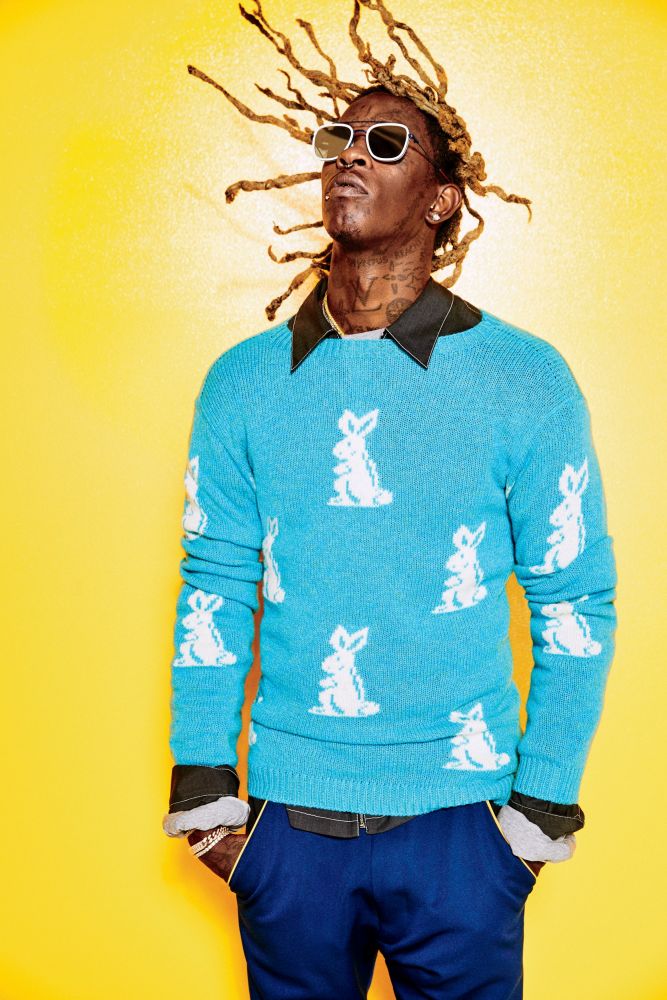 A style that was once frowned upon is now the standard of trap rap. In 2014 his single “Donald Glover” first broke him on the mainstream scene. The following year he released a number of projects that would make everyone take him seriously as an artist. The Barter 6 single “Check”, along with the start of the Slime Season series, puts his sound in a category of its own. With a string of projects that followed his positioning in the industry as an Atlanta legend, Young Thug is now getting his well-deserved appreciation everywhere else.

So Much Fun, is an album where I can say Young Thug is clearly in his pocket talking about everything he wants to, the way he wants to. This album is filled with many big-time features, that mainly come from his home city. Songs that include his YSL protégé Gunna, “Hot” and “Surf”, display what Thugger is really about. “Hot” gives you a feeling of a teacher showing his students how to carry yourself after a come up.

He features his other protégés Lil Uzi and Lil Baby in a number of different records as well. Lil Uzi is most known for being influenced by Thug’s fashion which can be heard in “What’s The Move.”  To continue the flashiness of Thugs style, “Bad Bad Bad” is another standout record that features Lil Baby flexing their foreign cars, fine women, and real estate they have everywhere.

When you digest the entire album, we understand that his sound and style is going to be what it is. In the same thought, we also realize that Young Thug has mastered his craft and has helped assemble a class of talented artist from Atlanta that is all set to take over this next decade of hip-hop. It is clear that his album title, So Much Fun, is a replication of how Thug feels about this stage in his music career.