Welcome To the Party

“Welcome to the Party” is the hottest song out of New York right now. You can hear it at every party, cookout and car passing by. Putting 19-year-old Pop Smoke from Canarsie, Brooklyn, on the map. Guess what? He has more summer hits playing on the radio like, “Meet The Woo” and “MPR” (Money, Power, Respect). Pop Smoke is a part of the “Brooklyn Drill” movement with many of his beats coming from producers in the UK. Everyone from the likes of Cardi B, Pusha-T, Dave East and Jay Critch has been supporting the new artist and playing his music. He recently dropped his highly anticipated project “Meet the Woo” on July 26th with 9 tracks mainly produced by RicoBeats and 808meloBeats (UK).

Fans had mixed reviews of the project. Many love the mixtape with favorites like “Dior”, “Hawk Em” and “PTSD” which has an old 50 Cent feel. Many others expressed that the project was basically a different version of the hit single “Welcome to the Party.” Fans were expecting versatile music to show Pop Smoke’s range in music.

My personal opinion; it definitely was rushed but for good reason. Independent artists should know that the majority of the income comes from shows and tours. Although Pop Smoke has 3 songs that are viral, he needs more content. His fans crave for more party bangers. The mixtape itself is just the beginning. Pop Smoke has the potential to gain some longevity for himself. Only time will tell. Last Year was 6ix9ine, this year is Pop Smoke. Who will take over next summer out of Brooklyn 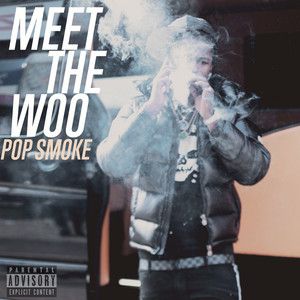