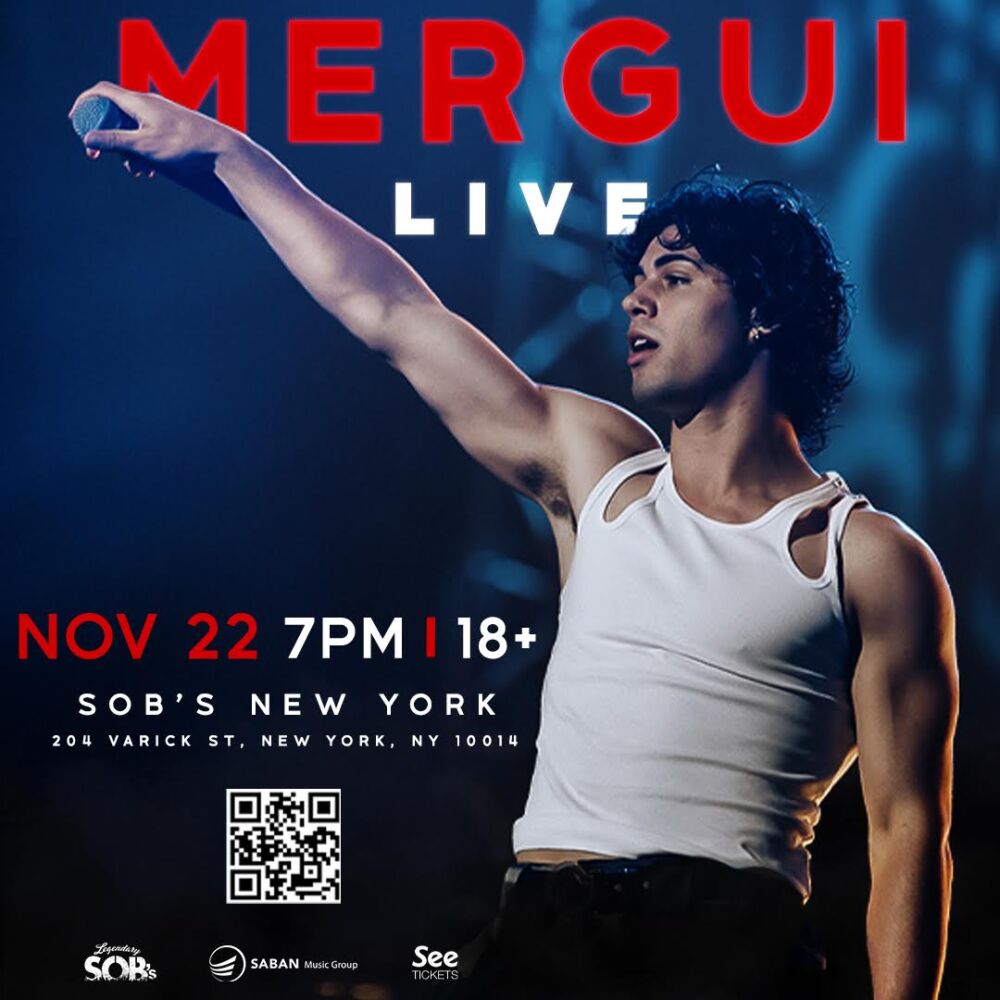 Mergui plays the legendary S.O.B.’s  in NYC on November 22nd!


After amassing tens of millions of streams and emerging as a star in Israel, the singer, songwriter, producer, dancer, and international phenomenon, Mergui arrives as a fiery force for pop worldwide on a series of English-language singles for Saban Music Group and his upcoming debut EP, Dark Side of the Rainbow.

Inspired by his musical family and the western stars he watched on YouTube growing up, such as Michael Jackson, Bruno Mars, Justin Timberlake, Stevie Wonder, and Justin Bieber, Mergui decided to study music at a high school for the arts before auditioning for Israeli TV competition Rising Star at age 17. He placed second on the show, attracting a rabid fan base before the release of his first Hebrew single in 2019. In 2020, Haim Saban personally signed Mergui to Saban Music Group.