It’s been a minute since we were blessed with an  A$AP Ferg project and the streets have been feening to hear something new from the Hood Pope. Ferg didn’t just disappear from the scene; he has kept relevance throughout the years with fashion, bikes and jewelry. He has created his own bike in collaboration with Redline and his own watch that he designed in collabs with G-Shock.

“G-Shock is legendary and I’m so excited to introduce this watch to the world,” said A$AP Ferg. 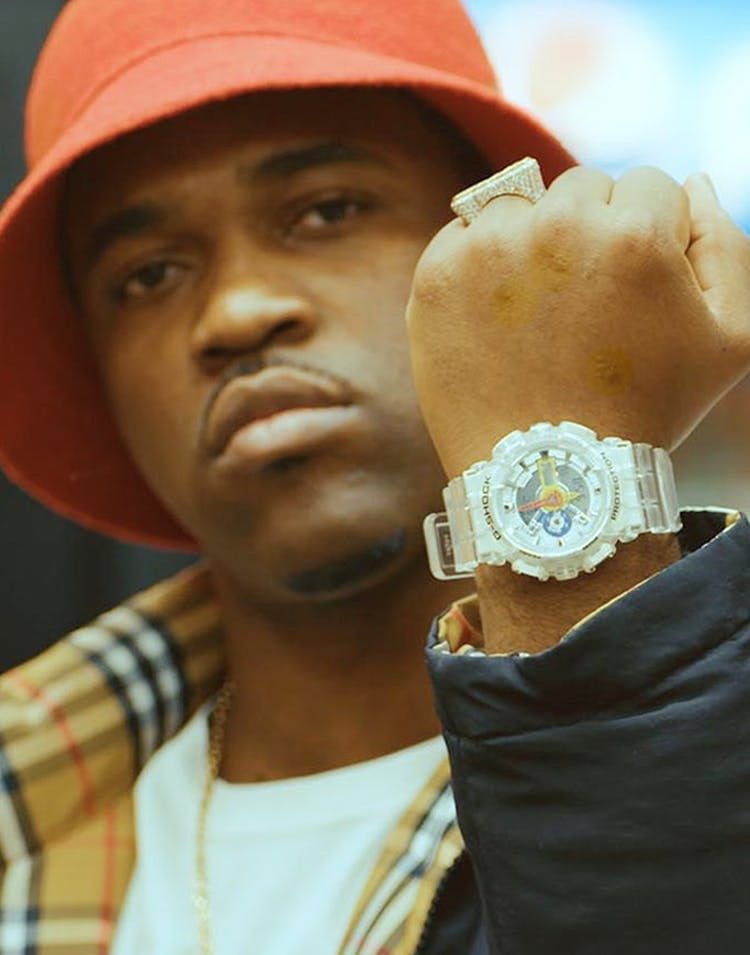 Since 2013, Ferg has dropped four full-length projects; Trap Lord (2013), Always Strive and Prosper (2016), Ferg Forever (2014) and Still Striving (2017). It’s been two years since dropping a project and Ferg has returned with a new EP titled Floor Seats. This project was created to show his growth as an artist and more insight into his personal life. Ferg decided to call the project Floor Seats because he wanted to give his fans an up-close view of his personality with a backstage pass of his life. Ferg mentions that the title was inspired from attending his first NBA game when he got into the music industry.

The EP consists of 9 tracks with songs that stand out like; “Wam”, “Pups” and “Dreams, Fairytales, Fantasies”. With this EP,  you can tell that Ferg is in an experimental stage in his career. Songs like “Butt Naked” featuring Rico Nasty gives a hint of different musical taste and sound. Ferg also mentions including more women onto his projects; as well as making more songs for women. Ferg is known for creating trap, turn up music and realized that women also like to turn up. i

Is there a difference between woman turning up than men?

Continue to be on the lookout for the Hood Pope A$AP Ferg. As he is continuously finding new ways to reinvent himself and add to his resume. With doing more than just music, A$AP Ferg will continue to be a fan favorite and a music icon for today’s generation.