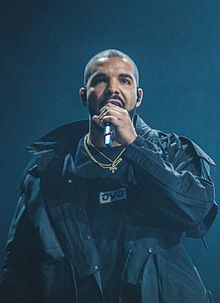 Drake did it again! The OVO head honcho released a surprise compilation album last Friday titled, Care Package. It’s a collection of material highlighting hit singles from the past decade. The 17-track collection consists of previously released songs from SoundCloud and file-sharing sites that didn’t make the cut for his projects. It’s safe to say that Drake has had a very impressive summer thus far with all of his accolades from sports to music. As if being the Raptor’s global ambassador wasn’t enough, Drake continues to prove why he’s the 6 God.

Leave it up to Drizzy to bring his fans down memory lane by releasing an album made up of only B-sides and freestyles. It seems that the objective of the album was to be both promotional and artistic. The release of Care Package comes just in time to kick off Drake’s OVO Music Festival.  During his performance, Drake reminisces how his quick success reminds him of a simpler time when he performed at SOB’s 10 years ago.

” It reminds me of my first show at SOBS, Or the first time I heard “Best I Ever Had” on Hot 97. Somehow and some way, you guys built this stage for me because I try my best to make the music but just know, it’s for all of you.”

Care Package includes unpolished tracks such as  “4 pm in Calabasas” off of Drake’s infamous “AM/PM” series, “Days In The East”, “Trust Issues”, “Club Paradise”, “Draft Day”, “Girls Love Beyonce” and some other fan favorites. The fact that he was able to successfully curate Care Package as a standalone project is confirmation of Drake’s longevity that he plays in hip hop.

When listening to the project, there’s something refreshing about it. The fact that most of these songs could lull you into a trance and even if just for a few minutes – take you back to that moment when you first heard the record. This album is a gem.

Check out Drake’s last performance at SOB’s on his Birthday w/ his artist PARTYNEXTDOOR!